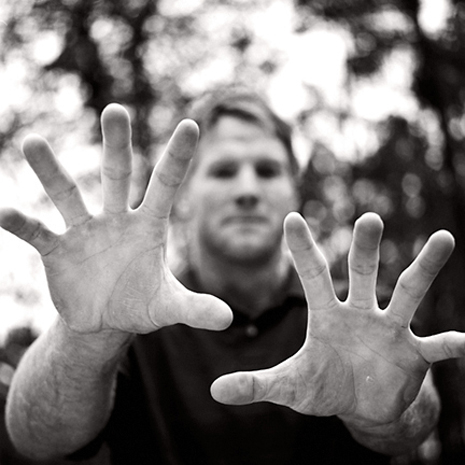 New Rule: If a woman rejects your first dozen advances, don’t up the ante by sending her a picture of your penis. This week, we found out that Vikings quarterback Brett Favre allegedly tried to get with a young woman by sending her MySpace messages, voicemails, and notes through a friend, and when none of that worked, and it was third and long — though, not as long as most of us would have imagined — he decided to throw the Hail Mary and sext her pictures of Little Brett to close the deal. Brett, I get it: Your dictionary doesn’t include the word «quit» or «retire» or «married» but you’ve got to at least understand «punt.» You know the worst part about having sex with Brett Favre? He keeps saying he’s finished, and then he comes back to drag it out for another year.

To me, this story isn’t about sports or sex or how necessary caller ID is — it’s about how pathetic and clueless white American males have become. Because the kind of guy who thinks there are women out there who just, cold, want to see your cock, is the same kind of guy who thinks Sarah Palin is swell and tax cuts pay for themselves. I will explain that connection further, but first let’s just dwell for one more moment on how stupid it is to forget that in 2010 when you text someone a picture of your genitals, you’re not just sending it to that person, but to every person she has in her contacts… and then everyone on the planet who has access to the Internet. Somewhere right now there’s a tribesman in Samoa thinking, «Brett Favre is texting a picture of his dick to a woman? That shit never works.»

And he’s right — no woman in the history of mankind has ever wanted to see a picture of a penis. Go back to the earliest cave paintings. The very first one is of a cock, and after that they’re all antelopes and sunrises. But for some reason men persist. Why? Because men have always been in charge, especially white men. Brett Favre is like a lot of white males: he’s owned the world for so long, he’s going a little crazy now that he doesn’t. Also, like many white men across the country, he lost his job to a Mexican, (i.e. Jets Quarterback Mark Sanchez).

If Brett Favre’s penis could talk, what would it say? Well, other than, «No photos please,» I think it would say, «I’m not a witch. I’m you.» Because for hundreds of years white penises were America. White penises founded America, they made the rules and they called the shots in the workplace, in the home, and at the ballot box. But now the unthinkable is happening. White penises are becoming the minority: 2010 was the first year in which more minority babies were born in the U.S. than white babies. This is what conservatives are really upset about — that the president is black, and the best golfer is black, and the Secretary of State is a woman, and suddenly this country is way off track and needs some serious ‘restoring.’ If penises could cry — and I believe they can — then white penises are crying all over America.

And that’s where this crew comes in; Sarah Palin, Christine O’Donnell, Michele Bachmann; the lovely MILFs of the new right. And their little secret is that their popularity comes exclusively from white men. Look at the polling: minorities hate them, women hate them — only white men like them. I’m no psychiatrist, but I do own a couch, and my theory is that these women represent something those men miss dearly: the traditional, idiot housewife. Writing on your hand is sheer Lucy. If an election between Obama and Sarah Palin were held today, and only white men could vote, Sarah Palin would be president. Did you know that in 1788, when there were four million people in America, only 39,000 of them — the richest white men — got to vote? That doesn’t sound good to you? Well, what if I threw in a picture of my cock? Which brings me back to Brett Favre, and I think it’s worth noting that in one of the alleged photos of him, he’s pleasuring himself on a bed while wearing Crocs. And if you think about it, is there any better metaphor for the sad state of America today than an over-the-hill white guy lazily masturbating in plastic shoes?